Dr Jacobus Kamfer (Jakkie) Cilliers, a member of CSPS International Advisory Board, the Chairman, ISS Board of Trustees and Head of African Futures & Innovation. He has a B. Mil (B.A.) from the University of Stellenbosch and a Hons. B.A., M.A. (cum laude) and DLitt et Phil from the University of South Africa (UNISA). Awards include the Bronze Medal from the South African Society for the Advancement of Science and the H Bradlow Research Bursary. Dr. Cilliers co-founded the Institute for Security Studies (ISS) in 1990 and played an important role in the transformation of the South African armed forces and the institution of civilian control over the military in the period 1990 to 1996. At present most of Dr. Cilliers’ interests relate to the emerging security architecture in Africa as reflected in the developments under the banner of the Peace and Security Council of the African Union as well as issues around African long-term future. Dr. Cilliers has presented numerous papers at conferences and seminars and published a number of books on various matters relating to peace and security in Africa and serves on the editorial boards of the African Security Review and the South African Journal of International Affairs. 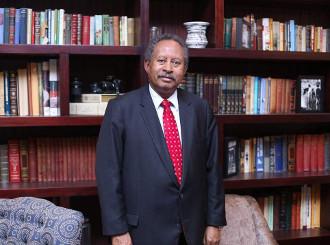 Dr. Abdalla Hamdok, a member of CSPS International Advisory Board, Former Prime Minister of the Republic of Sudan, former Special Advisor at Trade and Development Bank (TDB), and was the Deputy Executive Secretary of the United Nations Economic Commission for Africa (ECA) since November 2011. He has over 30 years of experience as a senior policy analyst and economist on addressing diverse development challenges of the African policy landscape, primarily in the fields of governance, institutional analysis, public sector reforms, regional integration and resource management. From 2001 onwards, Dr. Hamdok has headed successively ECA’s portfolios of activities on development policy management, NEPAD and regional integration, and governance and public administration. By way of an interlude from 2003-2008, he served the International IDEA as Regional Director for Africa and the Middle East.

Earlier, he held the positions of Chief Technical Advisor (1995-1997) at the International Labour Organization, Zimbabwe; Principal Policy Economist (1997-2001) at the African Development Bank, Cote d’Ivoire; Head of the Public Sector Group and Member of the Management Committee (1993-1995) at Deloitte &Touche Management Consultants, Zimbabwe; and senior official (1981-1987) at the Ministry of Finance and Economic Planning of Sudan. Abdalla Hamdok holds a PhD and MA in Economics from the School of Economic Studies, University of Manchester, UK and a BSc. (honours) from the University of Khartoum, Sudan. 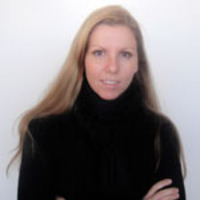 Paula Cristina Rogue is a Senior External Relations Advisor at CSPS. She is the Founder and Managing Director of Changes for Humanity, a South African non- Profit supporting youth, local communities and women. She holds a PhD from Oxford University researching on Wartime Guerilla Governance (using Angola and South Sudan as case studies) and MSc from the London School of Economics. She was previously the senior analyst for Southern Africa covering Angola and Mozambique with the International Crisis Group and throughout her PhD studies worked as a consultant for several organizations in South Sudan and Angola. From 2008–2010 she was the Horn of Africa senior researcher for the Institute for Security Studies (ISS) in Pretoria. She frequently briefs Government officials, diplomats, think tanks and journalists on dynamics and developments in her countries of expertise Among her publications are the book Governing in the Shadows: Angola’s Securitized State published in 2021 by Hurst and her forthcoming book Insurgent Nations: Rebel Rule on Angola and South Sudan will cover portions of the SPLM/A’s history. 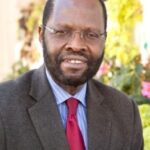 Prof. Peter Anyang’ Nyong’o was born in Ratta, Kisumu, Kenya in 1945. He completed his undergraduate studies at Uganda’s Makerere University, where he was awarded a 1st class honours degree in Political Science.  He served as Guild president of Makerere in 1969/70. He thereafter proceeded to his graduate and postgraduate studies at the University of Chicago, where he obtained his Master’s and PhD in Political Science in 1977.Nyong’o took teaching positions at the University of Nairobi, where he was a Professor of Political Science and a visiting Professor in universities in Mexico and Addis Ababa, where he served until 1987, before taking up the position of head of programs at the African Academy of Sciences.

He was a member of the Kenyan Senate representing Kisumu County from March 4, 2013 to August 8, 2017 having been elected on an ODM (Orange Democratic Movement) Party ticket. He is a former Member of Parliament for Kisumu Rural constituency, having been elected on a NARC ticket in the December 2002. His political career dates back to 1992, when he was first elected to parliament. He served as a nominated MP from 1998 to 2002.

Prof. Shadrack B.O Gutto Born in Kisii, Kenya, in 1951; acquired South African Citizenship in October 2000 LL.B. (hons), University of Nairobi (1975), Master of Arts in Law and Diplomacy, Fletcher School of Law and Diplomacy, Tufts University, U.S.A (1978), post-graduate diploma in International and Comparative Law of Human Rights, Strasbourg, France (1978), PhD (Lund, Sweden). He has taught in at the faculty of Law and the Institute of Development Studies, University of Nairobi. Senior Teaching and Research Fellow, Institute of Sociology of Law, Lund University, Sweden. He is the founding editor of the Zimbabwe Law Review.  Shadrack has published widely in local and international legal and political economy and cross-disciplines professional and academic journals. He is full professor of African Renaissance Studies, University of South Africa (UNISA).

Vasu Gounden is the Founder and Executive Director of the African Center for the Constructive Resolution of Disputes (ACCORD). He is a mediator, trainer and researcher in the field of conflict resolution. He obtained a LL.B. (University of Durban-Westville) degree in South Africa in 1986 and practiced as a human rights and trade union lawyer. In 1989 he took up a Fulbright Scholarship to complete his LLM at Georgetown Law School in Washington D.C.  He is an experienced Conflict Resolution Trainer, having been an active trainer in the field since 1990. Gounden has extensive international training experience and has conducted training, for among others, the South African Department of Foreign Affairs; the former Organization of African Unity (OAU); the United Nations (UN), the Folke Bernadotte Academy; the United Nations University’s International Leadership Institute. Gounden also serves on several Boards. In 2001 Gounden was appointed by the Minister of Water Affairs and Forestry to serve on the Board of Umgeni Water. In 2005 Gounden was re-appointed to serve a second term in the capacity of Vice Chairperson of the Board. He also serves on the Boards of the Gandhi Development Trust; and is a member of the International Advisory Board of the International Negotiation Journal and a member of the editorial board of the Peace and Conflict Studies Journal.

Mr. Biluny Puot Lampuar is International development practitioner with over Twelve years of in-depth experience with programs, research and policy whilst establishing partnerships with governmental and non-governmental stakeholders and international agencies. Extensive expertise working in challenging and complex contexts. Possesses a comprehensive understanding of global politics, international frameworks and economics. Graduate of Girne American University in Cyprus with MBA in Financial Management and Certificate of Project Management from Ryerson University in Toronto, Canada.