Dr. John Gai Yoh, Founder and the Chairman of the Board, is a South Sudanese national, born in 1964, obtained BA in Political Science, MA in history from the American University of Beirut (AUB) in Lebanon and PhD in International Politics from University of South Africa in Pretoria.

He has served in various capacities within South Sudan and abroad. His assignments included Presidential Advisor on Education Affairs, Minister of Education, Science & Technology and currently a member of Transitional National Legislative Assembly (TNLA).

He also served as the first South Sudanese ambassador to the Republic of Turkey and was the head of Government of Southern Sudan (GOSS) Southern African Liaison Office, Pretoria. The Mission was accredited to South Africa, Botswana, Angola, Namibia, Swaziland, Lesotho, Madagascar, Mauritius and SADC Organization.

Dr. Yoh, has lectured in universities in Middle East and South Africa. He was Resident Research Associate at the Royal Institute for Inter-Faith Studies, Amman, Jordan between 1996 and 2003 as well as lecturer at University of South Africa (UNISA) between 2003 and 2007.

Prof. Dr. Melha Rout Biel, is a member of CSPS Board of Directors, Principal of Bentiu University College of Petroleum and  a membership of the National Council for Higher Education. Dr. Biel has been the Deputy Vice Chancellor for Academic Affairs and Professor of Political Science at Dr. John Garang Memorial University of Science and Technology from March 2011 to January 2019. Previously, he served as Director General for Administration and Finance in the Government of South Sudan. Biel has lectured in several Universities in Sudan, South Sudan and Germany, including the University of Erfurt and the University of Applied Sciences of Erfurt, Germany, where he taught International Relations, Social Work and Social Education.

He was also a Professor at the Center for Peace and Development Studies as well as taught courses at the College of Community Studies and Rural Development of the University of Juba where he offered undergraduate and postgraduate courses in areas of diplomacy, peace and conflict studies. He also lectured at the German Army Command Center in Potsdam with focus on deployment of the armed forces in the United Nations Missions/Operations. Biel was the Executive Director of CSPS from 2012 to 2016 and 2014 to the present. He is a led researcher and renowned writer. Some of his books are: African Kids: Between Warlords, Child Soldiers and Living on Streets, 2004, Elites and Power in South Sudan, 2017.

He has been a keynote speaker and panelist at several international high level conferences, such as the “Kampala Geopolitics Conference 2018”, organized by the French Embassy in Kampala and the Konrad Adenauer Stiftung, “Horn and East Africa Security conference” 2014 in Nairobi, organised by Friedrich-Ebert Stiftung, “India, South Africa and Africa in a Changing Global Landscape” 2011, organised by SAIIA, Wits University, RSA. He was also a keynote speakers at high level conference on Peace and Security in Africa, organized by Chinese Academic of Social Sciences, Beijing, 2019.

Dr. Biel holds several academic credentials including a PhD and Master degrees in Political Science from Friedrich-Schiller-University in Jena, Germany and a Bachelor in Social Sciences from the University of Applied Sciences in Jena, Germany. He speaks English, German, Arabic, Nuer, some Dinka and French, email:mbiel56@hotmail.com 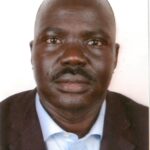 Dr. Isaac Yak Repha Tutdel, a member of the CSPS Board of Directors, is resourceful with a record of constant achievements and extensive ranges of experiences gleaned from working with various public institutions, possessed a disciplined and organized approach towards work. He is team player, effective in communication in diverse working environments and possessed strong negotiation skills; displays initiatives, the ability to  identify and manage priorities and achieves in tight deadlines.

2003-2004:      Chairman of Adok Students in the Sudanese Universities and Higher Institutes Association 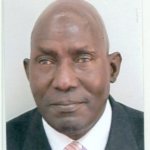 He also became Chief Executive Officer at the Regional Ministry of Administration, Police, Prison and Wildlife in Upper Nile Region from 1983-1984.

Although he did not submit it for completion, he was a PhD candidate with research topic in public Administration on “economic development in Africa with special reference to Sudan”.

He was a visiting scholar at Minnesota State University and Gustavos Collage, USA. He has taken several voluntary assignments in the US, UK and South Sudan with national and international organizations.

He was a member of Royal Institute of Public Administration (RIPA) and a member Review of African Political Economy (RAPE), UK.   He is a member of Board of Directors of National Credit Bank, President and Patron of Foundation for Youth Initiative organization and President of Safe the World Organization.

He is a member of the Governing Authority of South Sudan National Research Council, member of the Steering Committee of the National Dialogue and a consultant with several national and national organizations.

He was awarded a Good will Ambassador in state of Tennessee, Nashville, World Citizen Award by Team Integrity in Canada, Community Award by Liverpool Community Network, Adult Education Award by Liverpool city Council and Certificate of Recognition by Minnesota State University. johnjalwang@gmail.com